Shaan Bhandarkar is a rising 1st year student at Yale University and current senior at Phillips Exeter Academy. As a freshman at PEA, he was a finalist at lntel International Science and Engineering Fair 2016  in Phoenix, AZ as well as receiving an academic award for Excellence in History and qualifying for the American International Mathematics Examination for the 4th time in a row. He’s also passionate about Classics, acing the National Latin Exam for the last three years and placing 2nd in the 2016 Boston Latin School Certamen, and hopes to achieve the Classical Diploma. Shaan is an avid reader and loves to write poetry. He also enjoys playing tennis and squash in his free time. With the hopes of bridging a growing technological divide between our generations, Shaan founded Mission TechConnect to provide equal opportunities to people of all ages at enjoying the digital liberty many of us take for granted. Combining his profound scientific background and interest in the inter-workings of societies, he aspires to make a difference and provide more incisive insight into human behavior as a social scientist.

Priyanka Mehta is a rising sophomore at the Thomas Jefferson High School for Science and Technology. Priyanka’s first introduction to computer programming was as a rising 6th grader through a summer camp and she hasn’t looked back ever since. Through a combination of programming camps, Codecademy and other online resources, Priyanka has become adept at software development. She is an avid debater and has a voracious appetite for reading. Priyanka started her own blog (PriyankaReads.com) when she was a 7th grader and has published over 200 book reviews since then, including reviews of many advanced copies of books from authors who discovered her through her blog and tweets. Priyanka is passionate about helping others and is always looking for opportunities to share her knowledge. This desire to help others is what prompted her to found Mission TechConnect – a perfect opportunity to help kids and seniors alike with computer literacy. 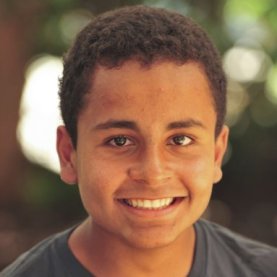 Avnish Evans is a rising sophomore at the Sidwell Friends School in Washington D.C. He is also a graduate of the Nysmith School. This is where he became good friends with one of the founders, Shaan. Avi as a freshman at Sidwell participated in many different clubs and activities including Model UN, baseball, and Football. Avi is an active lover and explorer of the sciences and novels. He hopes to one day get a dual JD/MBA. He joined the MissionTechConnect movement mainly due to his desire to work in a team setting to affect change in technological proficiency. He is always eager to find different opportunities to make a positive impact on society and those around him. Avi enjoys spending his free time with his family, and or walking his dog. He plans on becoming a Investment Banker on Wall Street. Avi also wants to start a non-profit targeted towards helping the underprivileged in 3rd world countries.

Felipe Rodriguez is a rising sophomore at St. Albans School. He is an alumni of the Nysmith School. Felipe enjoys debating in Model UN and playing baseball. He wants to one day start his own company. He enjoys reading articles about space in his free time. Felipe has a nineteen-year-old sister who he enjoys spending time with especially when they travel together. He is a frequent traveler and loves learning about new cultures specifically in Latin America. Felipe plans on studying International Relations because he has a passion for and is open to cultures various cultures in the world. Felipe hopes that one day he can become a board member of the American Nicaraguan Foundation (ANF) like his father where they provide for those in need in the slums of Nicaragua.

Vaibhav Sharma is an alumni from the Nysmith School for the Gifted Class of 2016. He is a member of the study of exceptional Talent (SET) at CTY. His past accomplishments include International recognition from NASA and recognition for Science, Math and History at the National Level multiple times. Vaibhav is passionate about anything that sparks a sense of curiosity within him; that said, he is most passionate about Science, its’ relating branches, and how they apply to various real world applications. His spare time is spent reading Science books and Journals, programming, and playing basketball. Vaibhav will be attending the Thomas Jefferson High School for Science and Technology as a freshman in the fall.

Ishaan Kumar is very passionate about STEM. He has participated in Science Olympiad and was on the Nysmith Science Bowl team. He has been playing  Ice Hockey and golf for 5+ years. Ishaan is also a member of NJHS, and does community service every year. He was a part of the Nysmith science Olympiad team who finished second in the Virginia regionals. In Science Bowl, he was responsible for answering Biology questions, and his team ranked 1st in Virginia, and third in their division at Nationals. He represented Nysmith in the 2015 STEM symposium by dissecting and explaining the anatomy of sheep’s brain. He additionally excels in Latin, history, and math. He made it to the AMC-10 in middle school because of his AMC 8 score. Ishaan got a perfect score on the National Latin Exam and the National Mythology Exam. He made it through all History bee rounds, and in national finals, he was the highest ranking person from his grade and moved on to the championship rounds placing in the top 100 of the nation. He scored in the 99th percentile in the SSAT, and in the 93rd percentile in the above level SAT in 8th grade.

Every person, regardless of age or socioeconomic class, deserves the opportunity to utilize technology as a powerful tool for facilitating positive societal changes and creative expression. Fueled by this sentiment, we offer enriching workshops to foster an intrinsic curiosity regarding technology amongst people of all demographics. The more we reach out and the more people we affect, the better our community workforce and environment.
%d bloggers like this: